This month, the National Women’s Soccer League (NWSL) held its annual college draft at The Baltimore Convention Center and Stone Ward was there to ensure the league made a powerful first impression to the young women and their families whose dreams of becoming professional soccer players came true that day. 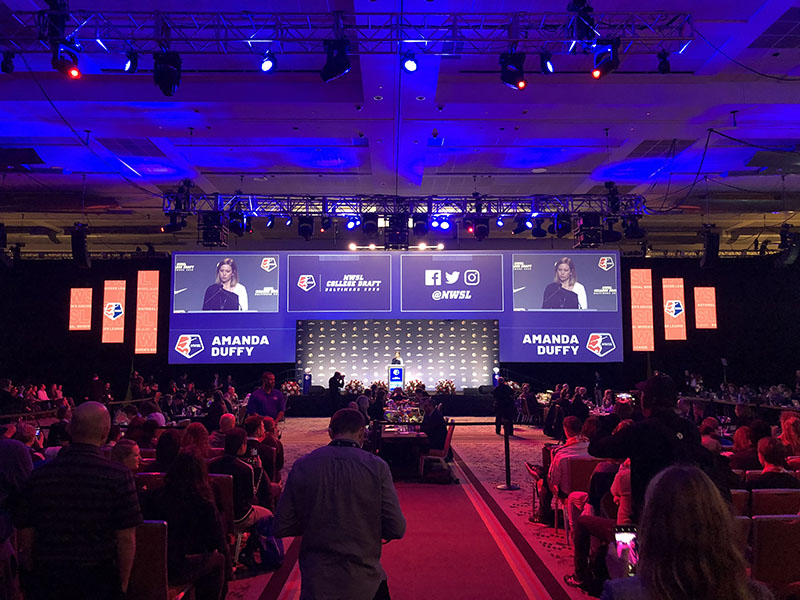 As the ad agency for the NWSL, Stone Ward touched almost every aspect of the day – from the convention center, the real-time social media graphics, to even the scarves that the players were given as they were drafted. 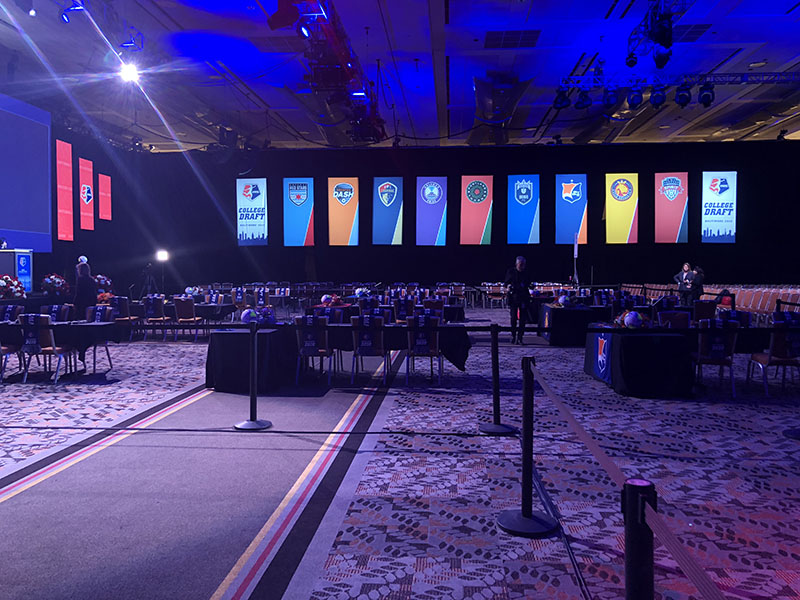 NWSL Makes Big Moves in 2020 and Beyond

The league, about to start its eighth year, experienced a boom in growth last year after the Women’s World Cup. Game attendance reached an all-time high, the league signed a major sponsorship deal with Budweiser, and the league was recognized by Ad Age as one of the Marketers of the Year. The NWSL, widely considered the best women’s soccer league in the world, has a bright future ahead of it, with an expansion team in Louisville set to join the league in 2021.

The draft is one of the premier events in the league and it always occurs in January, a few months before the April season openers. Stone Ward provides the league with marketing and advertising support throughout the year and a few of our team members were on hand on draft day to support the front office for the big event.

"This is the NWSL"

The opening video of the draft, “This is the NWSL,” was also created by Stone Ward and our award-winning video production unit – 360 FilmWorks – and set the tone for the exciting day, as it tells the story of the league as a place where “dreams are made.”

At Stone Ward, our motto is “Building Good.”  We believe that part of the “good” that we try to extend to our clients is to maximize the potential of every moment. There’s nothing more gratifying than creating a moment of a lifetime for these young women as they take that big step toward making their dreams come true.