What Makes a Campaign Go Viral?

In today’s market, playing inside the box and staying safe with marketing is a recipe for blandness. Never before have audiences suffered more from ad fatigue than they do now than with the rise of targeted digital advertising (except for maybe what feels like the same Geico commercials over and over during the Super Bowl). 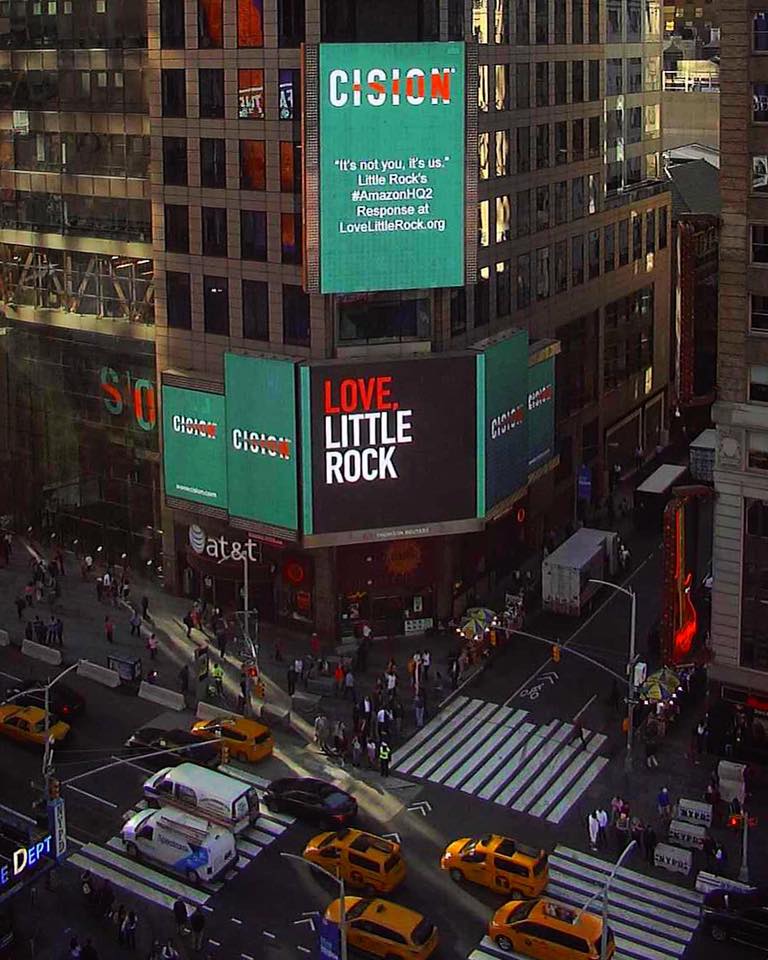 This year, our Love, Little Rock campaign was the only B2B campaign to place among the finalists in the PRWeek Awards’ “Best Viral” category. After looking at the other contenders — Every Baby is a Gerber Baby, Red Stripe to the Rescue, the Hidden Valley Ranch Keg, and the IHOB campaign — four qualities stood out to me as to what makes a campaign go viral:

You have to step outside comfort zones and take a risk to make your campaign go viral. For the Love, Little Rock campaign the choice was difficult. Amazon had announced their search for a new headquarters and Little Rock had to make a choice: follow the crowd and join the masses to apply, or say no because we knew we did not meet their behemoth criteria. Love, Little Rock used a video with local celebrities and a new website launch to announce to the world that while Little Rock wasn’t a match for Amazon’s needs, the city still wants to welcome other businesses who might realize that bigger isn’t always better. The daring part of this was not only in saying “It’s not you, it’s us” to Amazon, but to risk investing a lot of time into a campaign that might have been swept up by a gargantuan brand.

Sometimes to go viral, you need to take something so fundamental to your brand and flip it on its head so people can’t help but talking about it. IHOP achieved just this with their PR announcement regarding their new focus on grills by changing the P to a B. IHOB (International House of Burgers) led to many questions amongst many of our friends, family, and connections on social media. Were they still serving pancakes, omelets, and other breakfast food? Why did they think burgers were a great idea? The conversation just wouldn’t stop. Whatever you think of the burgers at IHOP, the PR campaign put people in a constant state of chatter and caused it to go viral.

Be Sincere and Care About Others like Gerber and Red Stripe

One of the best ways for your campaign to go viral is to connect with consumer’s human nature. Both Gerber Baby and Red Stripe were successful in doing this. For the Gerber Baby campaign, it took one image and six words to send a message. Gerber not only sparked a discussion about inclusion and kept up with social trends, but they did it with sincerity. For the first time, a baby with Down Syndrome was chosen to be the “Gerber Baby,” maintaining the brand’s iconic smile and staying true to the classic “Every baby is a Gerber baby” message.

Red Stripe’s care for other people was more spontaneous than Gerber’s. When the female bobsled team for Jamaica lost both their coach and their sled just a few days before the Winter Olympics, Red Stripe stepped in and told the team on social media to put a new sled on their “tab.” Once again, sincerity played a huge role in this PR move: the sled contained zero Red Stripe advertising.

Gerber and Red Stripe both cared about the good of other people and were sincere about it: they went viral.

In order to go viral, you need to have your daring, disruptive, and sincere campaign in the right place at the right time. The Love, Little Rock campaign required exceptional placement for it to succeed. Not only did they light up boards across downtown Little Rock, but the campaign also placed a full page ad in the Washington Post (owned by Amazon CEO Jeff Bezos), flew an airplane banner in Seattle directly over the Amazon building and placed digital ads targeting site selectors. All of this allowed the campaign to piggyback on the tech company’s visibility to make their campaign go viral.