Last year, my family and I suffered a sorrowful loss when my 47-year-old cousin was killed in a car accident. He was an amazing, caring father of two beautiful girls and loved being an OB–GYN doctor. None of us realized the magnitude of his work until numerous “thank you” cards and baby pictures were made into a collage for his funeral. At the time of his death, he had delivered over 3,000 babies. Matrix, my cousin, never talked about his work, but during family events he would sometimes leave abruptly, simply saying: “Time to make the donuts!” We all knew what this meant—he was heading to the hospital because a woman was in labor.

Anyone who has attempted to make donuts will know it is truly an arduous task that usually results in a flour-coated, greasy kitchen. Mixing, rolling and cutting, deep-frying, glazing or frosting, and don’t even think about jelly-filled—there is a reason why we buy donuts. It’s a messy job.

The phrase, “time to make the donuts” originated in an ad campaign for Dunkin’ Donuts in the 1980’s. In the television commercials, Fred the Baker was shown sleeping through dinner and trekking through bad weather all for the sake of providing fresh donuts to his customers. The ads ran for about 15 years, and Fred’s retirement was even spoofed in a Saturday Night Live sketch featuring Will Farrell and Jon Lovitz.

In advertising, we all have to make the donuts. From coming up with “fresh” creative to pitching a “hot” product or story, it can all get a little messy, but that’s what makes us love it. As I begin my sixth month with Stone Ward, I am still learning how to make our special, secret recipe donuts, but each day is easier and more enjoyable than the day before. Since January, I have trekked through horrible Chicago weather and struggled to get out of bed a few mornings, but when I think about all of the people—clients and co-workers—depending on me and relying on my work, it’s all worth it.

Matrix never complained about his job, and I’m guessing there was a lot to complain about. He delivered baby after baby with a smile and had an important hand in completing the lives of so many people. As the writer in the family, I was tasked with writing his obituary—it was one of the toughest documents I have ever written, but I knew I owed him the respect and recognition. He was a big fan of my writing and always encouraged me to follow my dreams.

On those days when writer’s block sets in, the design concepts don’t come fast enough, or the creative just isn’t creative, please remember someone somewhere loves what you do and is patiently awaiting your “sweet” ideas. As messy as it gets, there’s nothing better than making the donuts.

In memory of my wonderful cousin, Dr. Frank Matrix Walker, the ultimate donut maker—our family is not the same without you.

How to Make “Stay At Home” Work for Your Clients 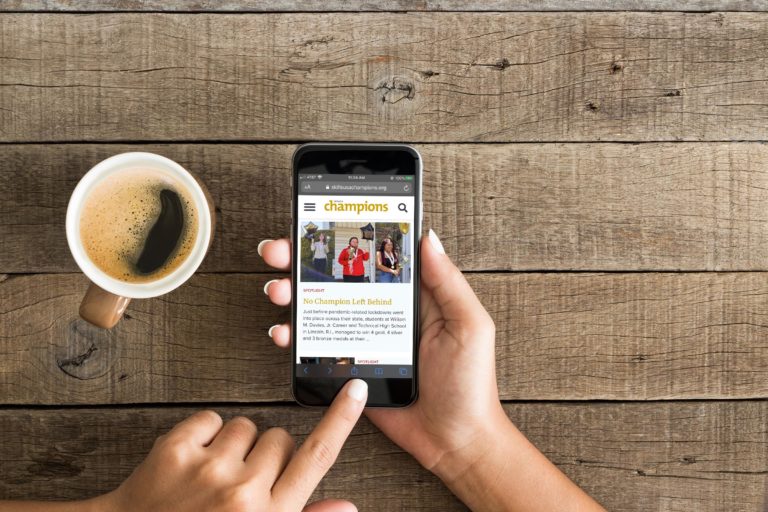