This Is Not The Best Blog Post You’ll Read

When you’re formulating the perfect advertising campaign, it’s so easy to get caught up in telling people you’re the best. Whether you’re a company with a product to sell or an ad agency with a client you’re helping to grow, telling consumers you’re the best is a sort of the knee-jerk path to take.

But is being the best always better?

At a time when consumers are more cynical than ever before, maybe using a bit of humility is just what your advertising needs.

If it’s done with care and creativity, taking a self-deprecating angle in advertising works. And it has been working for a long time – quite well, actually. Don’t believe me? Take a look at this… Ah, yes. It wouldn’t be a proper discussion about advertising without these ads showing up. They helped send over 21 million original Volkswagen Beetles puttering down streets all over the world. It was the first time consumers got a taste of the power of humility. But to me, this new Jedi mind trick in messaging was just getting warmed up. It wasn’t perfected until a couple of years later.

In walks Avis – a company who had trailed its chief rival Hertz in market share since day one. They needed a new campaign. And they did something risky. Instead of finding the ways they were the BEST, they focused on the fact that they were BETTER. Those two adjectives seem to be very closely related. But they aren’t. And pointing that out is where Avis found a bit of brilliance. With one ad, Avis showed that being humble wasn’t a sign of weakness – it was a sign of intelligence. By positioning themselves as the eager underdog, they connected with consumers in a way that few brands had ever done. And they didn’t stop there. Soon more ads came out and eventually a tag line emerged: “We Try Harder.” The ads seem so simple. And they were. Here’s the thing, though – it takes a lot of guts for a brand to admit there’s even a possibility of a weakness, let alone shout it from the rooftops. What Avis did wasn’t simple. But it worked.

In four short years, the market share gap between Hertz and Avis went from 61-29 to 49-36. It seemed humility was paying huge dividends. And it continued to work – as “We Try Harder” remained Avis’s position for more than 50 years.

Maybe as humans, we really do love an underdog. Maybe it’s because in some small way we can equate the struggles of even a big company with those in our daily lives. Who knows? I do know that a dash of humility in advertising is still incredibly disarming. Handled properly and it’s even charming. And let’s face it – there’s nothing charming about bragging.

So here’s to one of the better advertising campaigns of all time. Calling it the best would be selling it way short. 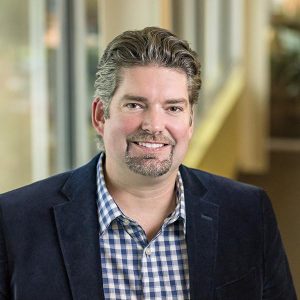