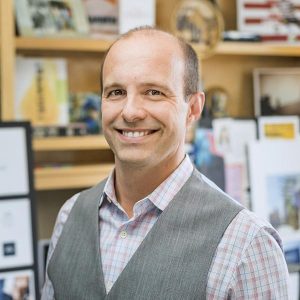 It’s 2014, which means – unbelievably — that almost 4 years have passed since the 2010 World Cup in South Africa. The atmosphere, the drama, the joga bonito is just around the corner. There are still six months to go but one of the more interesting competitions of the tournament has already begun: the unveiling of the official World Cup kits. Just like fans within the stadium, the audience in this contest can be just as a vocal.

There are three major apparel brands outfitting most of the teams in the tournament: Adidas, Nike, and Puma. Each brand has been introducing their kits over the past few months, strategically timing each announcement to get the most bang for their buck in both traditional and social media.

One of the stories that has emerged this year was regarding new FIFA (international soccer’s governing body) rules about teams wearing contrasting colors. Rule 2, section 35 of the World Cup 2014 regulations states: “Each team shall inform FIFA of two different and contrasting colours (i.e. strips). One predominately dark and one predominately light for its official and reserve kit.”

This means a few of the more iconic color combinations (Spain, Germany, Italy) have been forced to either alter the hue of their colors or adopt less contrast between jersey and shirts. The theory is the more monochromatic visual will help referees make the right calls regarding tackles and possession on the field. That’s about all the background we need to start passing judgement, right? Note 1: I won’t comment on every team, just a few that give me something worth talking about.

Argentina Home:
The blue and white stripes are a familiar sight at every World Cup, and this year Argentina is one of the favorites to win. This years jerseys feature stripes fantastically enhanced with a subtle angle that spans the lines across the chest. The deep black accents at the collar and sleeves helps keep the “muscle” back in the palette, now that FIFA’s rules nixed the traditional black shorts.
A + Argentina Away:
Some beautiful details in the striping and the gold accents take this jersey up a couple of notches for me. A nice unified home/away set means Messi & the Gang will be looking good.
A – Spain Home:
Again, the new rules have led to the absence of Spain’s iconic powder-blue shorts with the red jersey. Big loss. This design features a badge on the opposite side of the chest indicating that Spain are the reigning champions. Adidas seems to be going for simplicity with the solid color and the crewneck. The gold accents and beautiful Spanish crest juuust keep this one from being called “boring.”
B + Spain Away:
This is a common approach to away kits for club teams: a completely different palette than anything found in your core colors. But for a national team? Reigning World Cup champions? Neon yellow?
C – Mexico Home:
It just wouldn’t  make sense for a team nicknamed El Tri to stray from their nation’s green, red and white. This year their home kit follows suit, with the added value of superhero lightning bolts. Except it isn’t added value, it’s added nonsense.
C – Mexico Away:
Speaking of nonsense, what on earth is going on here?
D – Germany Home:
Germany’s black shorts are another casualty of FIFA’s color vs. color utopia, but I think the all-white still looks pretty good. The giant red chevron across the chest is well designed, made up of several smaller stripes. Reminds me of an old Germany jersey from the 70s, but this one looks distinctively modern. I appreciate it, but for some reason, just can’t bring myself to like it very much.
B – Germany Away:
I can see middle-aged German dads being able to pull this one off. I’m not sure if that’s a compliment or an insult, but it may sell well. The red and black will make Germany appear very much like villains on the pitch, but I get the feeling they’ll be ok with that.
B — Russia Home:
Russia is one of many red, white and blue teams. I have liked the palettes of two of the last three Russia kits: two shades of deep red accented with gold. This one is especially nice in the sleeve area. But while I like the story of the watermark on the front (story here), it just looks like it needs an iron.
A – Russia Away:
Russia seems to be about telling stories these days, crafting its global image. Both kits this year feature a design element from a proud moment in Russian history. This one is actually pretty great: the curve across the chest is meant to represent the curvature of the earth as seen by (story here) Kindof a weird look, but a cool story.
C – Japan Home:
The “burst” shading coming from the national crest is a nice touch. The “splash” along the shoulders is not. Adidas is placing a stripe in this area on most of this year’s jerseys, but this is the only one I’ve seen so far with a messy appearance, which doesn’t flow with the rest of the design elements.
B – Japan Away:
It’s not lime green or neon yellow, it’s “electricity,” says Adidas. At best, these look like what the line judges should be wearing. At worst, school crossing guards.
C +