What If You Discovered By Accident You Could Change The World?

This is the question that Mick Ebeling posed at the No Barriers Summit earlier this month and asks in his book, Not Impossible.

The No Barriers Summit is a four-day event in Park City, Utah, hosted by nonprofit No Barriers USA. The event brings together people of all different ages, abilities, backgrounds who are united in their desire to reach beyond one’s barriers to be their best selves. The event is one part inspiration, one part innovation and one part perspiration where the participants are regularly exposed to the idea of working through one’s barriers whether it be listening to a speaker, learning about a new technology, or trying out a new skill or physical activity in one of the 50 clinics that are offered by trained professionals and experts.

One of the speakers that captivated me was Mick, in part, because one of his key themes centered on the notion that his background and expertise make him an unlikely candidate to change the world through innovation. For someone like me, who loves the innovations, but has never actually built anything, it gave me hope that I too can partake in this “maker movement” of building for the sake of humanity.

While Mick’s biography is as impressive as anyone I’ve met, at the core, he’s an art director, and a darn good one.  In the design world, he’s worked on James Bond films. He’s worked on projects for Common and Kanye. But the names that most resonate with him are those of “Tempt” and “Daniel,” the subjects of two of his projects of the company he founded, Not Impossible Labs, an online crowd-sourcing platform which seeks to create low-cost DIY devices to help people in need.

“Daniel” was a Sudanese boy whose arms are blown off during a bombing of his village. Mick read an article about him and was compelled to find a way to make him a prosthetic arm. He travelled illegally to the Nuba Mountains and found a way to help Daniel and teach the locals about the process of making prosthetics through 3-D printers, so they can have a sustainable solution for others that suffer the same fate. Intel featured Daniel’s story in their recent campaign.

‘TEMPT’ is Tony Quan, a legendary LA graffiti artist and community leader who was diagnosed with ALS in 2003. Mick brought a crew of hackers and artists into his house from all over the world to invent a low-cost, open source DIY device that would let Tempt create art with his eyes. The Eyewriter was born and Tempt was finally able to use his creativity again.

One of the most empowering aspects of Mick’s message is that he doesn’t want to be the only one in this space.  He wants others to follow his lead in the “maker movement.”  He challenges people to find the “Daniel” in their life. To find that problem in the world that stirs you to action and regardless of one’s training, or the barriers involved, to go solve it.

Perhaps most impressive is that fact Mick, a person of such accomplishment and insight, came to the No Barriers Summit not just to be a speaker and exhibitor but to learn and immerse his family and his work team in the clinics, the other speakers and the activities. As we wrapped the Closing Ceremonies of the event, he was the first one to come backstage with his kids to congratulate and take a picture with the No Barriers team.  And ever the art director, Mick was there to offer some suggestions on how to frame the shot.

Tom Lillig is the Board President of No Barriers USA. 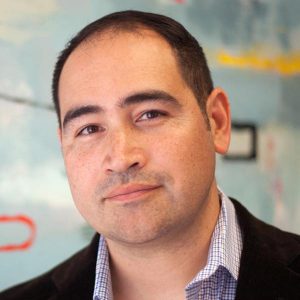